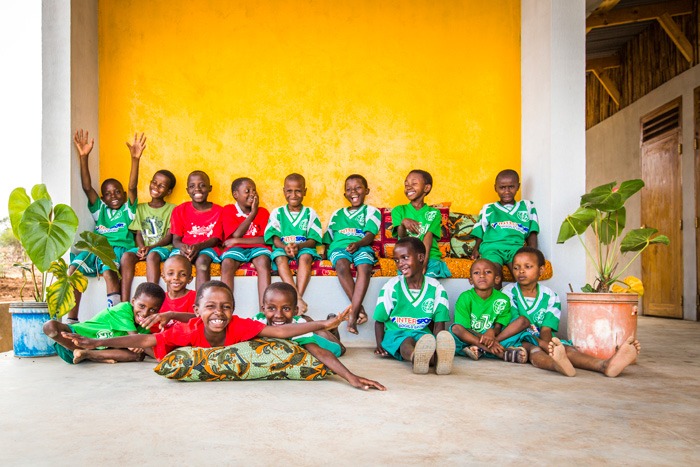 Econef is a non governmental organization based in Sweden and Tanzania. We are on our way to build a new children’s center in northern Tanzania for orphans and vulnerable children. The first house was finished february 2014 and we are currently planning for the next house. When that is done the children of Jua kali can move there. You can help us creating a new home and a life filled with love and hope for these and other children by making a donation, just scroll down and click on the Pay pal button.

ECONEF Tanzania is an independent NGO (non-governmental organization) located in Jua kali, outside of Arusha in northern Tanzania. The organization is run by Caroline Nicholas and aims to improve the standard of living for orphans in the area. Each child has a different story, but most often, they have lost their parents to the HIV virus.

ECONEF Sweden is a foundation established to finance the construction of the new Children’s Centre. All members have travelled to Tanzania, share a common interest for humanitarian efforts, and wish to contribute to the improvement of women’s and children’s living situations in exploited nations.

With the help of economic aid from sponsors and private donators, ECONEF has the ability to offer security and everyday necessities for the orphans of the Jua kali orphanage. The organization ensures that all children have somewhere to live, something to eat, and that they have access to education and hospitals. Not so long ago, ECONEF acquired a piece of land connected to the existing orphanage and now a new center is in order—one that includes classrooms and sleeping quarters for more children. ECONEF is currently working on realizing the new Children’s Center as well as a better tomorrow for orphaned children in the Arusha area.

The children that live in the Econef orphanage center in Jua Kali:

The existing orphanage is located in Jua kali, outside of Arusha in northern Tanzania. The property for the new Children’s Center lies at the foot of mount Kilmanjaro, Africa’s highest mountain, see map. The first phase of the project consists of the construction of a sustainable prototype house, which will later on be reproduced to construct the new Children’s Center. The construction work for the prototype house started in summer 2013 and was finished in March 2014.

The aim of the Children’s Center Project is to increase ECONEF’S independence and reduce its reliance on private donations. To help achieve this goal the new buildings will be sustainable and largely maintenance free. The center will produce its own electricity through the installation of solar panels. Integrated into the building’s structures will be systems for rainwater collection and natural ventilation. Areas for livestock such as chickens, cows and vegetables are connected to the buildings. The buildings have also been designed to minimize the need for outsourced building expertise and excessive transportation costs. To realize this, the use of local materials and traditional building techniques has been prioritized.

The center’s localities are being carefully divided according to function. Closest to the road is the school, which will be accessible to children from other areas. The school and the children’s center will share space for recreation, bathrooms, and a library. The public and the private areas will be separated so that the children will have places that they feel are their own and away from the school. The cafeteria is divided into two kitchens, one for the children’s home and kitchen staff and one for the teacher and guest accommodations. In the evenings everybody will, nonetheless, be able to gather in a communal cafeteria under a roof with a view of Kilimanjaro on the horizon. 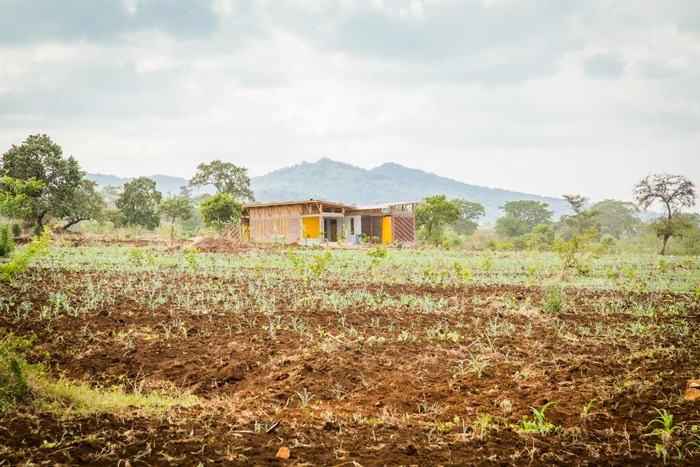 The African baobab tree has for a long time been a crucial resource for the people and animals of the savannah. While the trees grow to be about 20 meters in height, the trunk can be up to 50 meters in diameter and has a unique quality to retain water. The trunk can hold up to 120,000 liters of water and can in this way survive the desert’s dry periods. Much like the baobab trees, the school buildings collect rainwater from the roof’s spine. The collected water serves several functions by supplying water to showers, laundry facilities. Finally, all waste and excess water is directed to the growth plots below. 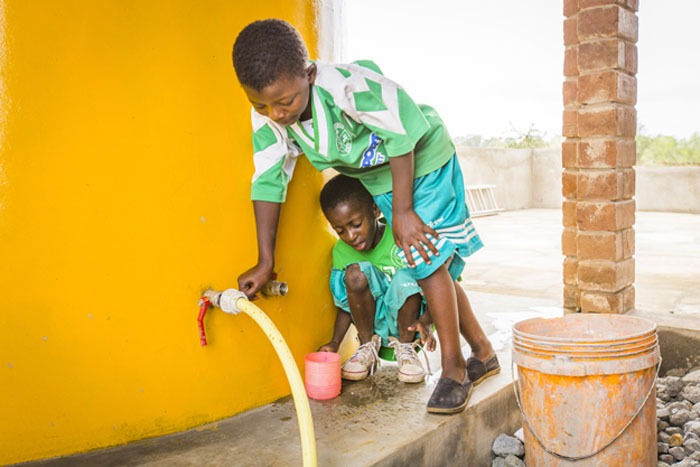 The prototype house is built with local bricks, which are fired with local wood pellets made from compacted sawdust and other wastes from sawmilling. With this technique, the process of deforestation is prevented.

The roof construction, doors and windows are wooden. Parts of the facade are covered with sisal pole, a local material similar to bambu. The inner ceiling holds a layer of thermal mass, protecting against the sun’s heat and the cold of night. The wooden louvered windows protect against strong sunrays but still let in plenty of daylight. 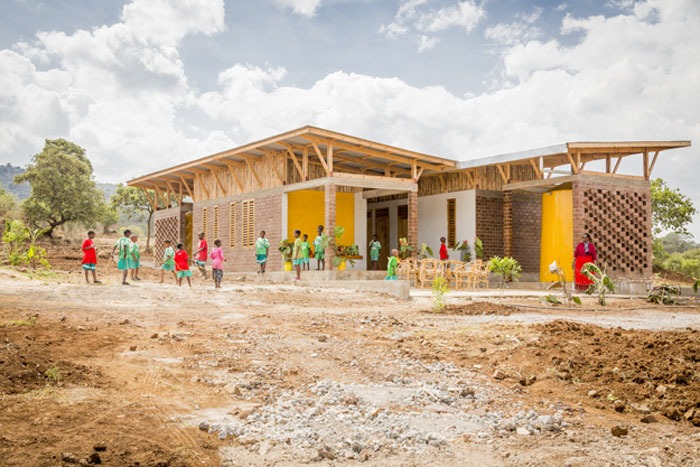 We need support to be able to give the children a new home. Every cent goes directly to the project.